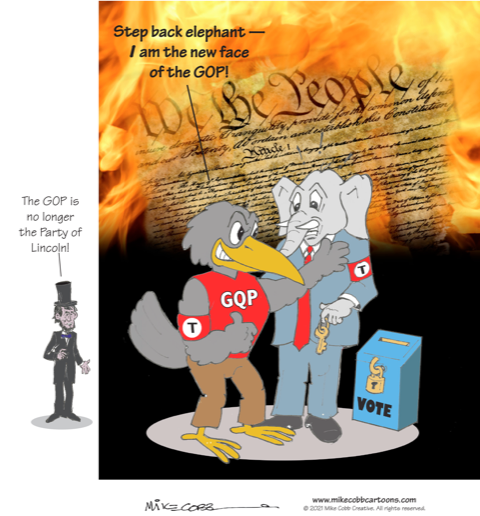 Jim Crow is back —
and a Republican!

The GOP embrace of racism began when old-guard Southern Democrats
became Republicans and Nixon ran with the Southern Strategy. The Trump era GOP has dropped pretense and become an openly racist party working to leverage its minority status in public opinion by suppressing the votes of people of color and promoting discriminatory policies to the extent they have any policies at all.