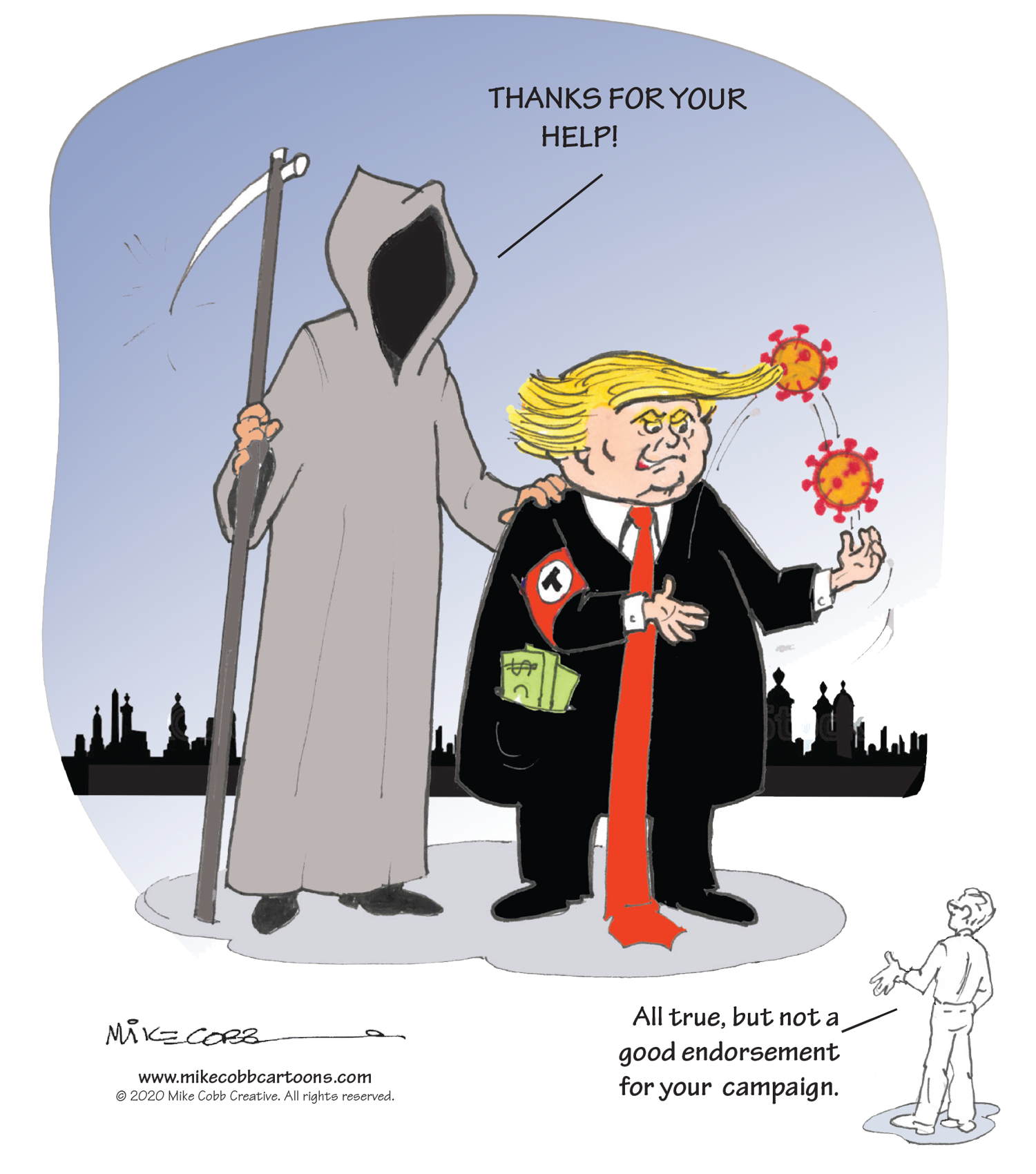 The deeply flawed, highly incompetent, and largely ineffective response of he Trump Administration to the Corona Virus pandemic has been a medical, social, and economic disaster that has further divided the American people and caused many thousands of unnecessary fatalities as if our government is in league with the Grim Reaper. All with the goal of helping the Trump re-election campaign by accepting no responsiblity while blaming everyone else including China, the World Health Organization, his predecessor, and the Democratic governors.