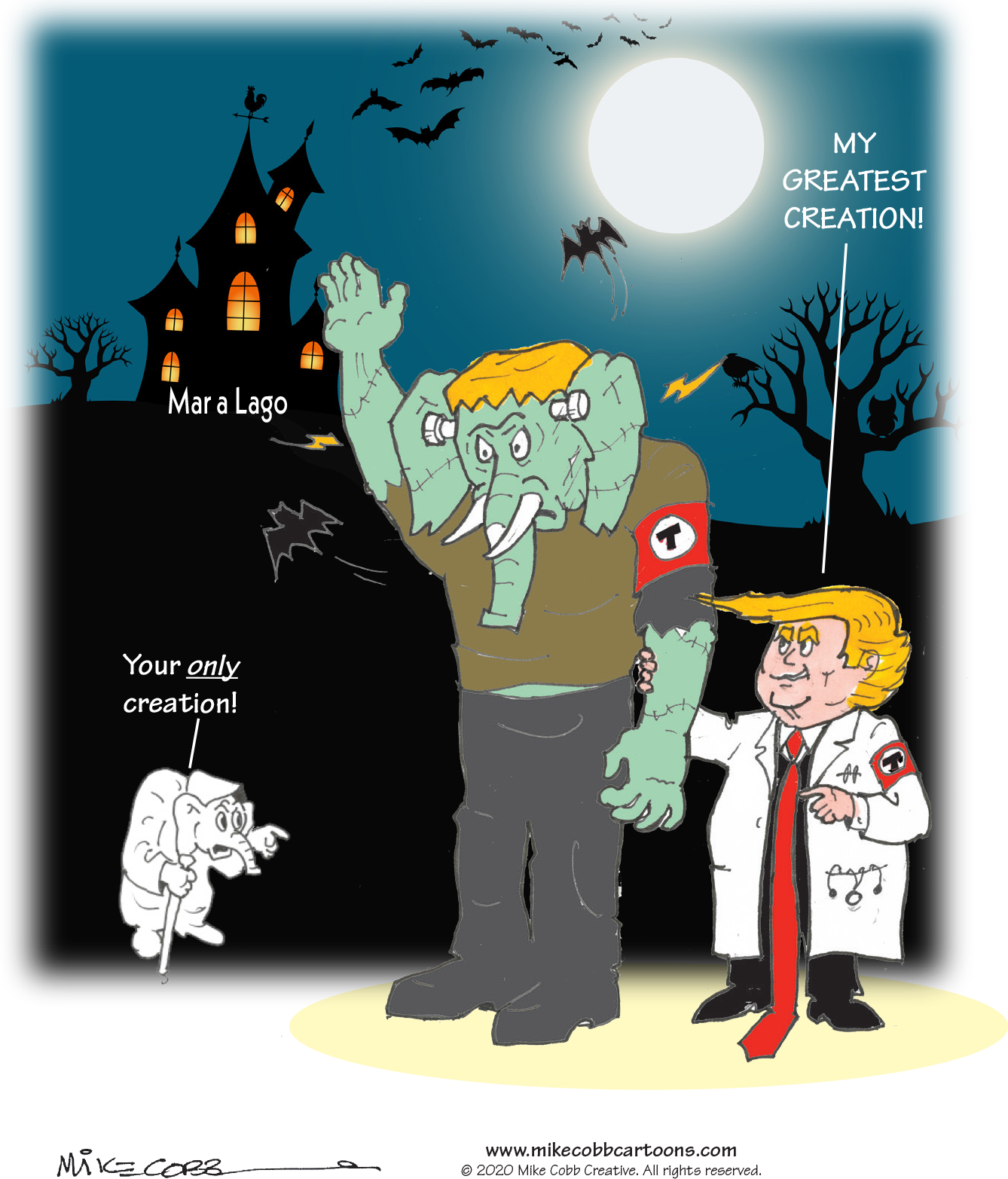 Four years, and Donald Trump’s singular accomplishment has been to create a devoted cult of followers in the process of transforming the Republican Party into a Trumpenstein Monster. A monster bereft of independent thought or human values, with the sole mission of serving as the instrument for carrying out the destructive wishes of that cult as defined by its corrupt, narcissistic, evil, and idiot savant master, Donald Trump.