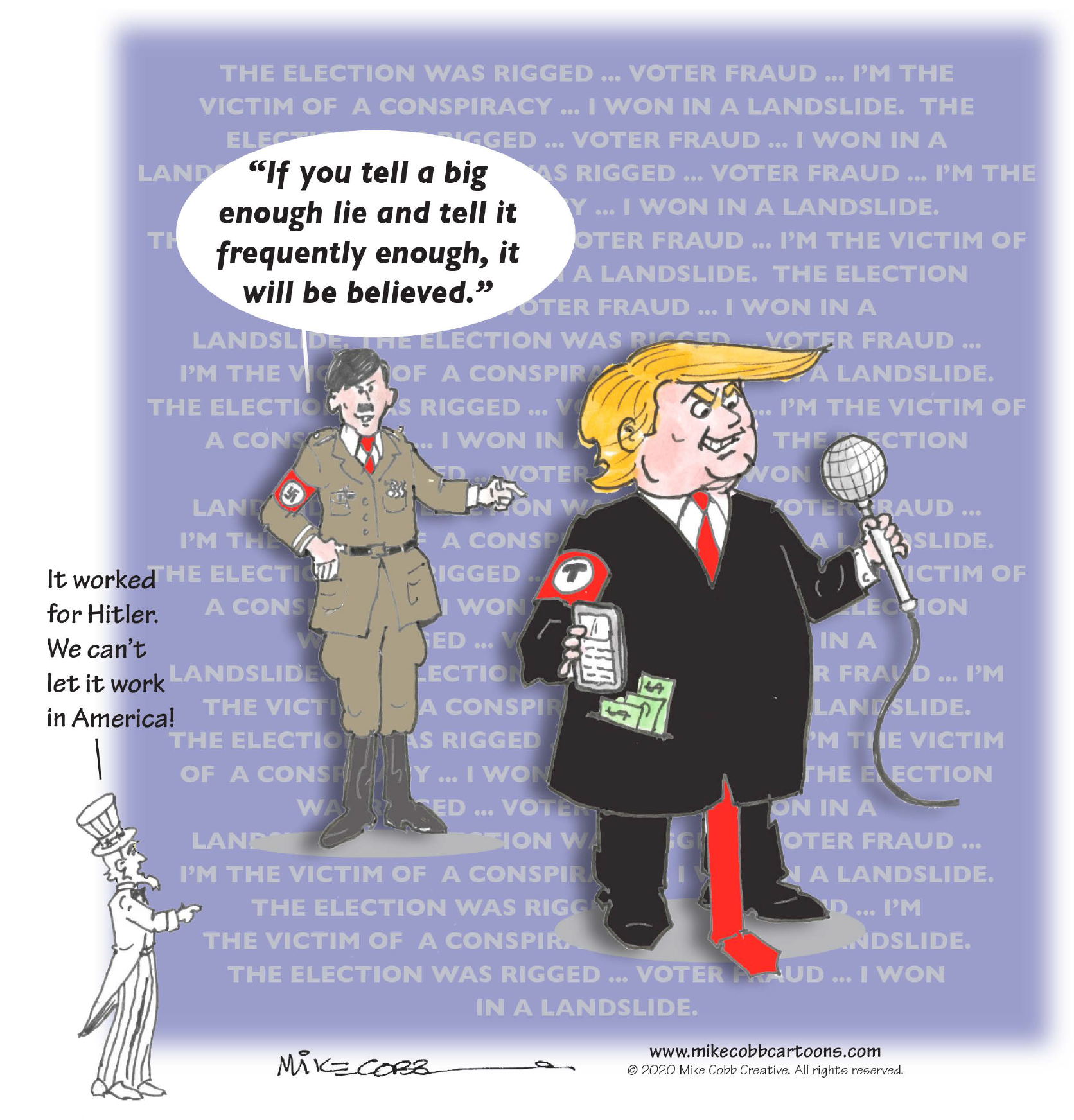 Truth will set us free..

Hitler’s rise to power in the 1930s relied in part on the message of his Propaganda Minister, Joseph Goebbels: “If you tell a lie big enough and keep repeating it, people will eventually come to believe it. … It thus becomes vitally important for the State to use all of its powers to repress dissent, for the truth is the mortal enemy of the lie …” Donald Trump has lived this advice and, in following it, dangerously infected the Republican Party and the American political system.